As part of the our commitment to curriculum innovation, The Consortium Trust are proud to have launched our Pupil Parliament initiative, where pupils in Year 5 and 6 from all of the Trust schools attend a day to debate upon meaningful and weighty matters of concern at their schools and local communities.

The Trust believes that all children have both the right and the ability to have successful futures through the development of their own leadership mindsets and communicational skills. Through Pupil Parliament, our students are able to see, hear and experience politics and debating in action, at a venue that is relevant and exciting. Children visibly grow in confidence and are inspired to develop their thoughts and views points.

Consortium holds a Pupil Parliament every term in a bid to ensure that pupils are given the opportunity to bring their ideas and pupil voice to an open forum, preparing them for the next step in their education and beyond.

Please see the observations and impact from some of these events below:

On Friday 7th July, pupils came from a number of the Trust’s primary schools, including Middleton, Yoxford and Peasenhall, Glebeland, St Edmunds in Hoxne and Mendham at the Council Chamber at Endeavour House, Ipswich.

Following a presentation about the basic workings of parliament and the government, Cllr Sandra Gage, County and Borough Councillor for Rushmere, Ipswich (Labour), shared her motivation for becoming a Councillor, as well as some of her recent work and campaigns, explaining how her party work and campaign to support their local communities.

Adrian Hyyrylainen-Trett, Parliamentary candidate 2017, (Liberal Democrats) also joined the day and deftly handled the questions posed to him by pupils. He discussed the work of an MP and explained about voting and democracy. Teachers and guests were impressed with the depth and variety of questions and the level of interest and focus shown by pupils, who are all current members of their School Councils.

Groups also worked together to devise 'Thinking Superheroes' forming a Cabinet to run the Country with varying qualities, such as seeing ahead into the future to test if their ideas worked, having an 'app' which notifies them of good ideas from across the world, and the ability to 'put themselves in the shoes' of other people, to see what impact their ideas and plans would have.

On the 10th October 2017, children came together for the Autumn Term Pupil Parliament. The focus for the meeting was Energy. Our guest speaker was Tim Clemons, Contracts Manager from Vertas, who talked to us about 'the route of energy from source to school', and how to monitor energy usage in schools.

Debates included whether the building of wind farms should be encouraged and pupils then began to decide on how they were going to monitor energy usage at their site. Work back in schools through their School Council forums saw pupils developing energy usage policies which are hopefully going to be adopted by Senior Leaders and Governors, and will have a genuine impact on decision making in schools.

The Trust has since taken these policies at school level and has formulated our Environmental and Localism Policy.

The focus for the Spring term's Pupil Parliament event was 'Pupil Mental Health and Wellbeing', very apt as it was in 'Children's Mental Health Week'. We met in the Waveney House Hotel, Beccles and were lucky enough to have a suite overlooking the river with beautiful scenery.

The day started with a review of the work begun at the last session around energy and the pupils were invited to read and comment on the draft CMAT 'Environmental and Localism' policy, as it reflected their thoughts and work on policy development. We then moved onto thinking about the meaning of 'mental health and wellbeing' and talked about the way in which this can change for various reasons in the same way that physical health can.

Our guest speaker was 'The Duchess of Cambridge' no less! Albeit through a youtube assembly, speaking about the importance of raising awareness of mental health and how important the place of talking and sharing concerns is.

Following a rather large number of biscuits consumed with our drinks during refreshment break, a debate was held: 'It is the job of families to help children with their mental health and wellbeing and not schools'. A number of highly observant points were raised, including the issues of confidentiality and privacy which were addressed and discussed. The motion was not passed, in fact 23 pupils voted against, 0 for the motion and with 4 abstentions.

The quality of debate is improving with each passing session, pupils respecting and responding to the opinion of their peers with increasing fluency.  The children's level of maturity and empathy was striking as they all could see and talk about issues and support methods for their peers even if they had no direct experience themselves.

The afternoon was spent working on individual school action plans which included ideas for explaining and raising the profile of mental health and wellbeing, work on supporting their peers and looking at transition to High School.  I look forward to seeing the impact of these plans when I visit schools later this term

The focus of this meeting was ‘Healthy Active Lifestyles’, chosen because of it’s links with good mental health, as suggested by several pupils as the topic at the last session.

We worked alongside Mike James from ‘OneLife Suffolk’, who shared information about food labelling, healthy snacks and the sugar tax. The children debated the regulation of lunchbox content in schools and prepared a healthy packed lunch for themselves based on the 'eatwell plate' and all the info we learned during the morning. 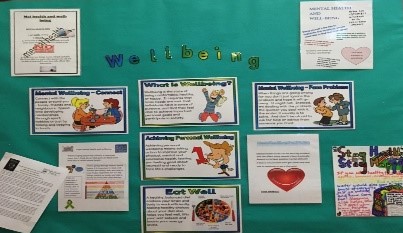 During the afternoon we considered school’s Food Policies, including any advice or rules about snacks or lunchbox contents, with pupils  suggesting amendments, as well as writing an action plan to use back in schools to develop their scheme of work.

We were delighted that children from all of our Trust schools joined us again for our second Pupil Parliament around the subject of Healthy & Active Lifetyles, held at Halesworth Golf Club, with the focus of Healthy Lifestyles!  The day began with a 'wake and shake session' to the well known Y-M-C-A record!

Pupils then worked with Aimee Tilley, Lead PE & ODL Leader to devise a timetable for 15 mins of vigorous activity a day and also looked at the statements in the Primary Entitlement Book which relate to being healthy and active. 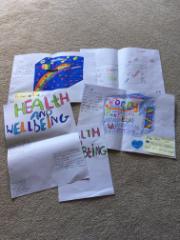 A debate followed titled; 'schools should dictate and monitor the contents of pupil's packed lunches' where the resulting vote was strongly against the motion. Interestingly, if the wording had been changed to 'schools should advise...' then the voting would have been reversed with a huge majority in favour. Both pupils and staff then worked on reviewing the CMAT 'Food policy' which will be re-written following their feedback and comments.

We then worked on the development and planning for the 'healthy active lifestyles' strand to be embedded across all areas of the curriculum and the inclusion of the Primary Entitlement statements, incorporating pupil's ideas.

Our next Pupil Parliament event on the 13th February 2019 at Ufford Park Hotel had the focus of Celebrating Differences!  Children shared ideas of differences and similarities between selves and others in relation to gender, race, faith, different families and additional needs.